Thai Boxing matches are held almost every evening in many parts of Thailand. Fights are advertised during the day by driving around the islands, beach towns and other areas, blaring the time and venue over loud speakers on the back of a pick-up. This is quite something to see and worth the effort.

Muay Thai has a long history in Thailand and is the country's national sport. Traditional Muay Thai practiced today varies slightly from the ancient art Muay Boran and uses kicks and punches in a ring with gloves, similar to those used in western boxing.

Various forms of kickboxing have long been practiced throughout South East Asia. Muay Thai's origin in Thailand can be traced back to its ancestor Muay Boran. This was the form of unarmed combat probably used by Siamese soldiers in conjunction with Krabi Krabong, the weapon-based style. The precedence Muay Thai and Muay Boran give to the kick is probably indigenous to Thailand and the surrounding area since Indian boxing as well as most southern Chinese styles use even low kicks sparingly.

This may have come through the influence of the older Krabi Krabong, wherein kicks are the dominant form of unarmed attack. Another influence from Thailand's weapon style can be seen in the pre-fight Wai Kru, which is probably based on the sabre dance of Krabi Krabong. Neighboring countries such as Cambodia or Myanmar also show signs of influence one way or the other. 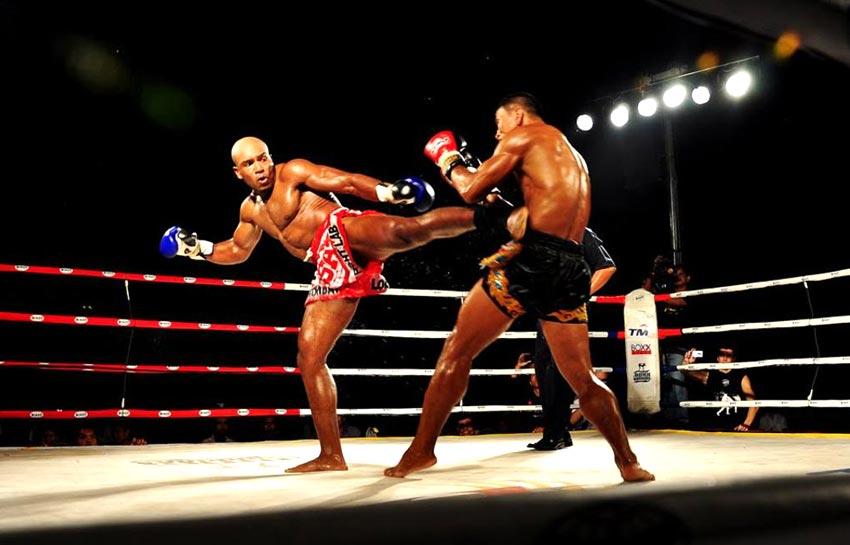